Jonathan Curr, New Zealand High Commissioner to Fiji, is back in the Pacific after 10 years in the Middle East. For him and his wife Fololeni, who is Tongan, it's like coming home.

After 10 years, what Jonathan sees now is the Pacific region facing issues with global implications. Issues such as climate change are already having an impact on the small and vulnerable Pacific Island states.

“Climate change will have an impact on health and wellbeing in the Pacific as mosquito populations and the spread of mosquito-borne illnesses change, placing new demands on education, healthcare and social assistance,” he says.

During his time in the Pacific, Jonathan has seen the devastating impacts of mosquito-borne diseases, like dengue, Zika and chikungunya, so he’s interested in the novel approach taken by the the World Mosquito Program.

In the past, mosquito control programs such as fogging (environmental pesticide spraying) has been typical, particularly in response to dengue cases. Now, the natural and environmentally friendly Wolbachia-mosquito approach has the potential to reduce the spread and incidence of mosquito-borne diseases significantly.

“When the method is explained to people – the technology and the science – and they understand it, they think it’s a great idea. It means we don’t have to fog so much and it’s sustainable,” he says.

Jonathan had dengue fever himself, some years ago in Tonga – his wife also had it as a child – and he knows that its nickname is ‘breakbone fever’ for good reason. He wasn’t hospitalised, but he knows people in Fiji who have been, and that it can be much more dangerous the second or third time around. He is very attracted by the idea that we can reduce the transmission of mosquito-borne diseases and he sees the benefits to society as a whole.

“There’s those who fall ill from dengue fever and there is an impact on their health and wellbeing, their ability to work or go to school – there’s lost time and productivity and an associated cost to families who need to look after ill relatives. There’s a wider social burden and scarce government resources going to the health sector.”
Jonathan Curr
New Zealand High Commissioner to Fiji 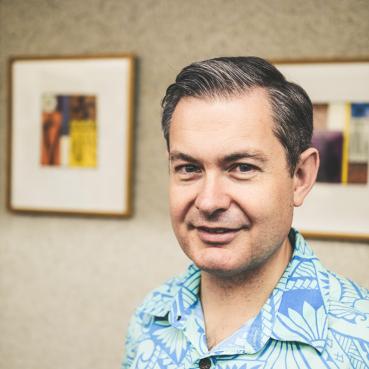 Learn more about our work in Fiji.