Chikungunya is a viral disease transmitted to humans by infected Aedes aegypti mosquitoes.

First identified during an outbreak in Tanzania in 1952, chikungunya is a virus that is transmitted between humans by the Aedes aegypti mosquito. The word chikungunya comes from the Kimakonde language. It means ‘to become contorted’, as the disease causes debilitating joint pain that induces a stooped appearance.

Between 2014 and 2017, there was a large outbreak across the Americas, with more than 2.5 million suspected cases of chikungunya recorded in the Caribbean islands, Latin America and the United States. More than 600 deaths were attributed to this disease during this period. 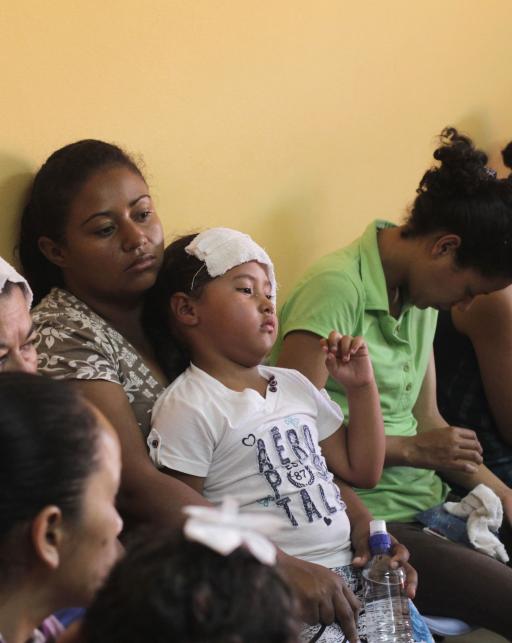 Chikungunya is caused by a virus transmitted primarily by Aedes aegypti mosquitoes. These mosquitoes bite during the day, usually just after sunrise and around sunset.

Chikungunya causes severe fever and debilitating joint pain, and shares some clinical signs with Zika and dengue, which sometimes leads to misdiagnosis in areas where these diseases are prevalent. Symptoms usually improve within a week; however, sometimes the joint pain may persist for months or even years.

In 2014, the city of Metalío, in El Salvador, felt the impact of chikungunya for the first time. In that year, more than 150,000 Salvadorans were infected, leaving more than a bad memory of the disease.

1Where does chikungunya occur?

Chikungunya is most prevalent in Asia, Africa, the Americas and the Pacific. It also occurs in warmer parts of Europe. Chikungunya cases have been reported from more than 100 countries.

2How many people are affected by chikungunya?

Chikungunya occurs in sporadic outbreaks that are often separated by periods of more than 10 years, so it is difficult to assess the global burden of this disease, but the virus is widespread.

Between 53,000 and 330,000 cases are estimated to occur on average each year worldwide, but the 2014 epidemic in the Americas saw more than 1 million chikungunya cases reported in a single year.

3How does chikungunya spread?

Chikungunya spreads wherever Aedes aegypti mosquitoes are present. It is a virus transmitted between humans primarily by this mosquito, which is commonly found around homes and urban areas.

4How is chikungunya treated?

There is no specific antiviral drug treatment for chikungunya. Treatment primarily focuses on relieving symptoms with common medications.

5How can we help prevent chikungunya?

There is no vaccine for chikungunya.

However, the World Mosquito Program’s Wolbachia method is showing promising results internationally, helping to block the transmission of chikungunya, as well as other viruses transmitted by Aedes aegypti mosquitoes, such as Zika, dengue and yellow fever.

Download this information about chikungunya, its symptoms, treatments and prevention techniques.

WMP Chikungunya fact sheet
Download
Where can I find out more about chikungunya?

Contact your local health authority for guidance or, for general information, read this chikungunya virus fact sheet from the World Health Organization.