In recent decades, the global incidence of dengue has grown dramatically. Today, more than half of the world's population is at risk.

When the World Mosquito Program began, dengue fever was the primary focus of our research. It is still an important focus.

According to the World Health Organization, dengue fever is the most critical mosquito-borne disease in the world – it's also the most rapidly spreading. There has been a 30-fold increase in global incidence over the past 50 years.

Dengue fever can develop into dengue haemorrhagic fever, or severe dengue, which is a more acute form of the disease. Severe dengue can include symptoms such as bleeding under the skin and constant vomiting. It continues to be a dangerous threat to global health.

Dengue viruses can be grouped into four serotypes, all of which can cause disease. Prior infection with one dengue serotype is believed to make people more likely to develop severe dengue in later infections. 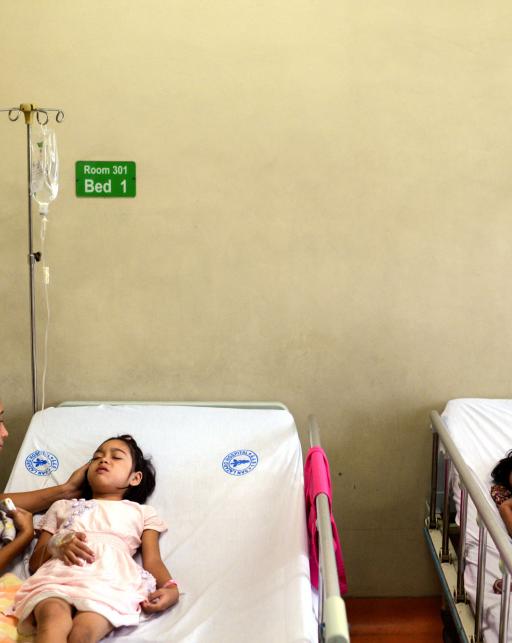 Dengue fever is caused by a virus transmitted primarily by Aedes aegypti mosquitoes. These mosquitoes bite during the day, usually just after sunrise and around sunset.

1Where does dengue occur?

Dengue can exist anywhere that Aedes aegypti mosquitoes live. The most significant dengue epidemics in recent years have occurred in Southeast Asia, the Americas and the Western Pacific. Approximately 141 countries are affected.

2How many people are affected by dengue?

More than half of the world’s population is at risk of dengue infection.

Each year, an estimated 390 million dengue infections occur around the world. Of these, around 500,000 cases develop into severe dengue, or dengue haemorrhagic fever, a more severe form of the disease, which results in up to 25,000 deaths annually worldwide. That's each year.

3How is dengue spread?

Dengue spreads where Aedes aegypti mosquitoes are present. It is a human virus transmitted primarily by the mosquito Aedes aegypti, which is commonly found around homes and urban areas.

4How is dengue treated?

There is no specific medical treatment for dengue, which has flu-like symptoms. Medical care and maintenance of the patient's body fluid volume is critical for treating severe dengue fever, which can be lethal.

5How can we help prevent dengue?

However, the World Mosquito Program’s Wolbachia method is showing promising results internationally, helping to block the transmission of dengue, as well as other viruses transmitted by Aedes aegypti mosquitoes, such as Zika, chikungunya and yellow fever.

Our research shows that in areas where high levels of Wolbachia-carrying mosquitoes are present, we have not seen any dengue outbreaks.

Download this information about dengue, its symptoms, treatments and prevention techniques.

WMP Dengue fact sheet
DOWNLOAD
Where can I find out more about dengue?

Contact your local health authority for guidance. Or, for general information, read this dengue virus fact sheet from the World Health Organization.